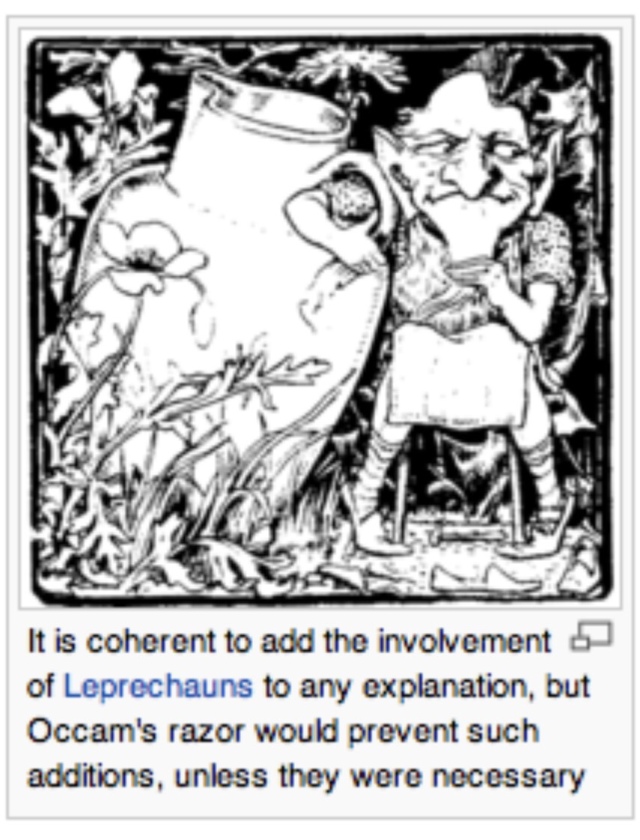 A 15th century logician, William Ockham, gets credit for his Occam’s Razor which says, ‘The simplest explanation is usually the right one.’

It also implies that the fewer assumptions and contradictions the better, stressing the idea ‘not to complicate’.

Over in the religious questioners box in was also used. Was the resurrection a miracle of some unproven, divine connection? Or, is it more likely the result of; a stolen body, faulty reports, creative storytelling, edited scriptures, etc., where no magic is needed?

Occam’s Razor obviously ‘proves’ nothing, but as far as logic goes, it’s tenets are sound.

Yesterday’s ‘Highest Calling’ is where I’d invite Occam over for coffee.

No Leprechauns, no magic, no unique strategies, no super-fortuitous events needed for its attainment.